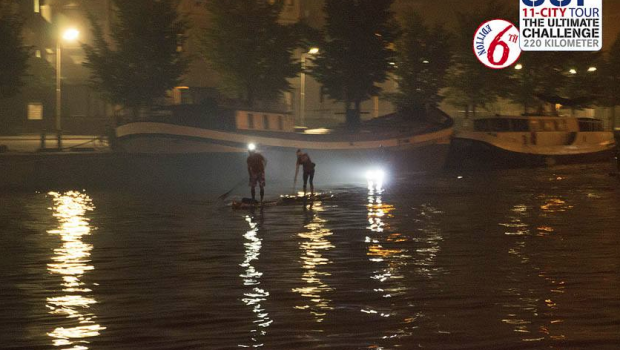 Published on September 9th, 2014 | by Supworldmagazine

Today Saturday the 6th of SUPtember, we had 2 starting times. One start took place at 4:15 when the non-stop paddlers left Leeuwarden. The conditions were windless but foggy which offered a little challenge. How ever, the paddlers took of fast and may arrive earlier than the organization expected. How ever… they paddle now through the night and we have heard of some athletes mentioning ‘the man with the hamer’. We wish them the best of luck.
In Franeker, the 5th day stage (42 kilometers) of the “normal” SUP 11-City Tour started at 10am; one hour earlier than we normally start due to activities in Dokkum, the finish city number 10. Today we received more paddlers who signed up for the “Weekend Stage”. They choose to paddle the last 2 stages and perhaps test the waters to see weather they can paddle the entire Tour.

With ideal paddling conditions again, meaning no wind or bad currents, the athletes headed in a fast past towards Dokkum. Most athletes had their best day today. Every year it is remarkable how the atmosphere grows after day 3 “hump day”. Once day 4 is completed, the participants can already ‘smell’ the finish line that is awaiting them tomorrow in Leeuwarden. 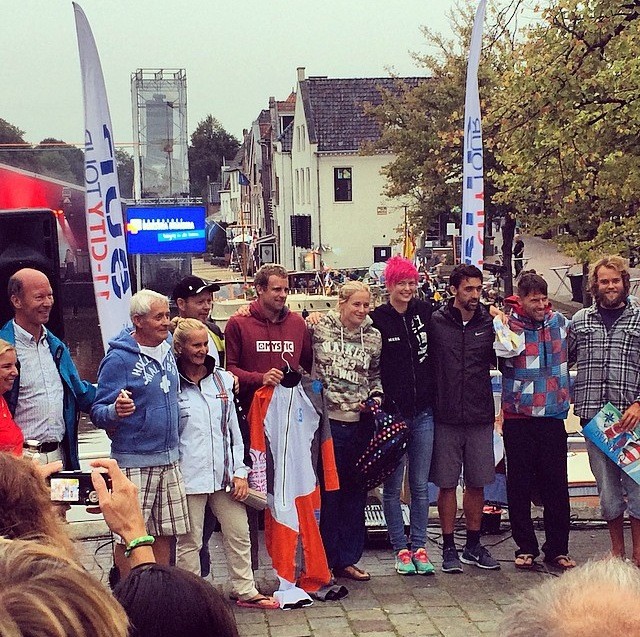 It was great finishing the day in festive Dokkum with loads of people on shore who welcomed the athletes with a big applause.

The top 3 ranking in the female competition was the same as yesterday. Janneke Smits passed the finish line in 5 hours 20 minutes and 40 seconds. Joanne-Hamilton-Vale came in 7 minutes later, closely followed by Maya Persson from Sweden (5 hours, 27 minutes and 41 seconds).

Bart and Janneke are both currently leading the solo (elite) competition.

Tomorrow, day 5 we will welcome again 18 more participants, because the last day is very appealing it being the shortest distance of the SUP 11-City Tour. We give the slower paddlers the opportunity to start at 9am. The faster paddlers and competitors will start at 10 am.
We are all very anxious what will happen with Bart, Peter and Martijn. They are only seconds apart! 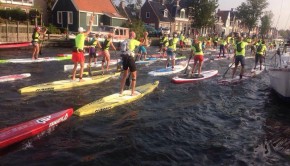 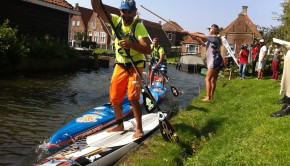 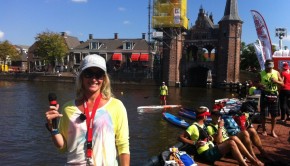