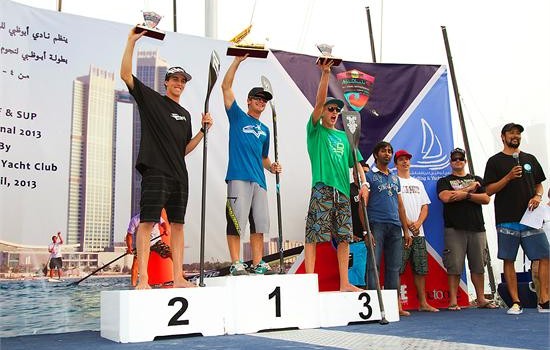 Published on April 8th, 2013 | by Supworldmagazine

Connor Baxter (Starboard) storms to victory in the Abu Dhabi All Stars Sprints amidst a star studded field of athletes and in front of the dramatic backdrop that the CIty of Abu Dhabi provided.

The morning dawned with 35 knot winds and sand filled skies as the picture perfect blue skies of the past days turned dark with the sand in the air making for a new challenge for the assembled racers.

Once the winds had calmed, the open qualifier sprints got underway, followed by the All Stars sprints on inflatable boards. An all new format was introduced as an experiment here in Abu Dhabi  in order to level the playing field, and to keep in line with the equal opportunity format adopted at the Wadi Adventure Park for the surfing.

Current World Series Ratings leader Connor Baxter (Starboard) once again proved that he is the man to beat here in Abu Dhabi, powering his way through the rounds and then overcoming a star studded final that featured many of the world’s leading racers to take victory here at the Abu Dhabi All Stars.

His first place here in the sprint racing coupled with his 9th place in the surfing puts him in 3rd place overall for the Abu Dhabi All Stars presented by Abu Dhabi Sailing and Yacht Club, UAE SUP and Wadi Adventure Park. An incredible achievement for the young Champion from Maui.

Jamie Mitchell Finishes 2nd in the All Stars Sprints

A welcomed appearance from 10x Molokai to Oahu Paddleboard World Champion Jamie Mitchell saw him battle it out with Connor Baxter (Starboard) for the win here in Abu Dhabi. Winning all of his heats to the final, Jamie had to settle for 2nd place in the finals and 7th overall for the event.

Zane Scheitzer (Starboard) finishes one of the most successful events of his career to date, winning the Surfing component of the Abu Dhabi All Stars and finishing in 3rd place in the All Star Sprints ahead of some of the best racers in the world.

He will also have his name etched in history here in Abu Dhabi, as well as engraved on the Gold plated Dhow that will remain on show here in the City of Abu Dhabi as the Overall Champion of the inaugural Abu Dhabi All Stars. A great performance from the young talent from Maui.

Despite a stumble on the start, Paul Jackson (Fanatic) from Australia battles back into contention in the All Stars Sprints to finish in 4th place. As one of the world’s leading racers, he adpated well to the inflatable format, and while he was hoping for Gold, was happy for the experience and to compete in such a unique location. Watch out for Paul at the upcoming World Series Races and Tour events.

Also present and representing Mexico here at the Abu Dhabi All Stars was Fernando Stalla from Mexico and Noa Ginella from Hawaii, both leading racers on the World Series and finishing in 6th and 7th respectively.

Kody Kerbox finishes strong with 5th in All Stars Sprints

Kody Kerbox (Naish) is on a roll this year: following his incredible finals finish at Stop one of the Stand Up World Tour at Sunset, Kody finished 3rd in the Abu Dhabi All Stars surfing component and then 5th in the All Stars sprints. These two impressive results propelled him to 3rd place overall for the event, an incredible achievement for the young talent from Maui.

There is no doubt that the Maui presence was strong here in Abu Dhabi, with 1st, 2nd and 3rd overall all hailing from the small Hawaiian Island, inclusive of the individual event wins.

Olivia Piana (Fanatic) powers to victory in the women’s All Star Sprints ahead of leading young European Racer Manca Notar (Naish) from Slovenia and France’s Caroline Angibaud. Dominating in all heats to the Finals, Olivia once again made her mark in the global competition scene.

After finishing in 2nd place in the Surfing component of the event, Olivia finishes in first overall, ahead of Caroline Angibaud in 2nd (1st and 3rd) and Jen Scully in 3rd (3rd and 4th).

The Abu Dhabi All Stars invitational makes waves in the UAE

The Abu Dhabi All Stars invitational presented by Abu Dhabi Sailing and Yacht Club, UAE SUP and Wadi Adventure was an overiding success here in the UAE, as World Class competition arrived in the Middle East and met with the warmest possible welcome.

After 3 days of intense competition, worthy Champions in each of the events and overall and $20,000 in prize-money, the All Stars Invitational has paved the way for a bright future for Stand Up Paddling in the UAE SUP.

With the 2014 All Stars event already confirmed for March of next year, and plans for the development of a major World Series stop that will provide an all access World Championship event open to the world, the future is bright and we are already looking forward to coming back.

Stay tuned to www.standupworldtour.com and www.standupworldseries.com for the latest news, highlights and more from the Stand Up World and Series. Next up: the Ubatuba Pro Grand Slam. 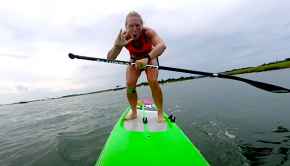 April Zilg Hitting 9 MPH on a Stand Up Paddleboard! → 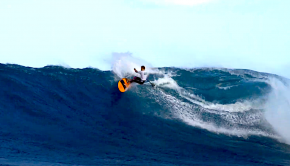