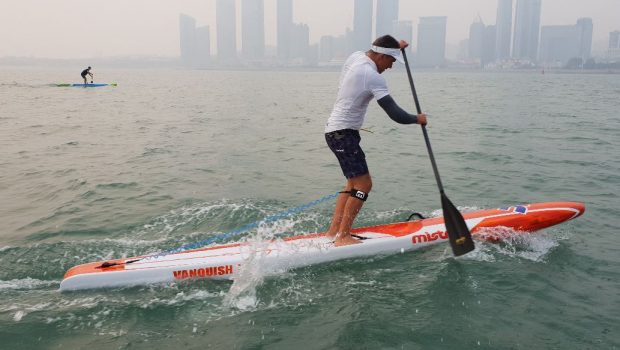 Published on October 23rd, 2019 | by Supworldmagazine

The official closing date for entries is still 24 hours away, but already the number of athletes who have registered, and the number of countries who will be represented, has thrilled organisers.

“We knew for some time there was a hunger among athletes for the ICF to put on a great event, and now they have supported our decision to come to China in great numbers,” ICF SUP advisory committee chairman, Rami Zur, said.

“The feeling on the ground is fantastic. The venue is taking shape, our Chinese hosts are very enthusiastic and working overtime to make sure everything is in place, the event already has a great feel to it.

“We are determined to show that the ICF run top level world championships. We can’t wait for Friday to arrive.”

Athletes from every continent will be represented during the world championships, including several nations who will be competing at their first ever world titles. The ICF has been running a development camp for new SUP athletes, which has attracted more than 20 competitors from 13 countries.

Many of the world’s best SUP athletes have already arrived in Qingdao, including Brazil’s Lena Guimaraes Ribeiro, the gold medalist from this year’s Pan American Games. It’s her first visit to China.

“I’m so excited to be here, I think it is going to be a great event, great athletes and the place is awesome,” she said.

“This has been a wonderful year for me. The Pan American Games was so big for me, and I also won the 11 cities race in Holland, and I hope I can finish off well here. It would be a great way to finish off the year.

“I love stand up paddling because it’s the kind of sport that everyone can do. There are so many different types of races. The conditions here will be good, because there will be a little bit of wind so it will make a challenge.”

The 2019 ICF stand up paddling world championships begin on Friday and run through to Sunday.
You can watch the races on the PlanetCanoe YouTube page. 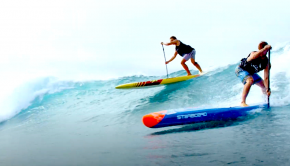