Published on February 19th, 2015 | by Supworldmagazine

Kai Lenny wins the #SunsetBeachPro with his final two waves of the Final.
In what proved to be testing conditions through the day the waves turned on for the final heats of what was a dramatic close to the 2015 Sunset Beach Pro. In 30 minutes Kai Lenny (Naish), Mo Freitas (Focus Sup), Cai Vaz (Art in Surf) & Justin Holland (Starboard) caught 41 waves between them in 30 minutes.
Kai Lenny was on impressive form throughout Day 3 dominating all his heats on the way to the Final. In an awesome display of surfing in Semi-Final 1, his 17pts (8.33 & 8.67) left his opponents needing a combination of scores to better his.
More flair and radical turns on his final two waves in the final (7.77 & 7.5) mean’t he takes his 4th SunsetBeachPro event (out of 6) and starts the 2015 season with a win. 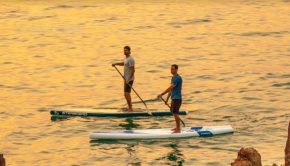 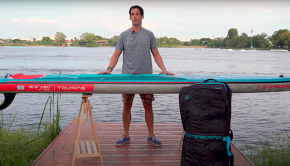