This is a documentary film about a surfer fighting the plastic pollution on his surfboard made from plastic litter. He […

Crossing the English Channel to France by Stand Up Paddle Board

From Source to Sea – The Movie

This is a documentary film about a surfer fighting the plastic pollution on his surfboard made from plastic litter. He […

Aztron stand up paddle board range

Here is a video clip explaining how the Aztron stand up paddle boards are made… It is impressive! 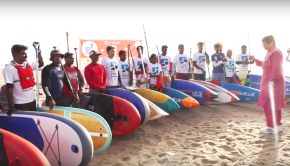 India’s Lt. Governor Dr. Kiran Bedi flagged off a Stand Up Paddle Rally for ocean clean up, by Covelong point [… 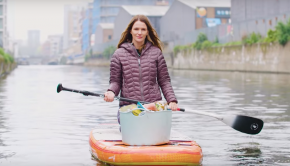 Lizzie Carr took up paddleboarding to get back in shape after undergoing treatment for cancer, and it wasn’t long before [… 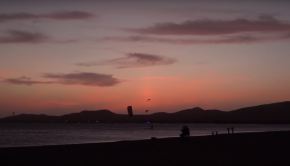 In the “The Green Wave,” Carine Camboulives and Emmanuel Bouvet together with their two daughters take us to a breathtaking […

Deep Down in Egypt

Carine Camboulives & Manu Bouvet are professional board riders based in Maui, Hawaii. For the last 15 years they’ve been […

The Plastic Tides team is composed of four young adventure conservationists aiming to raise awareness of plastic pollution. Our standup […

STAND, presented by Quiksilver Waterman, takes viewers on a journey through the waters of British Columbia’s west coast. Under threat […