Stand Up Paddle Surfing in the Mentawais: Blue Planet Australia took a crew of friends on a boat trip around [… 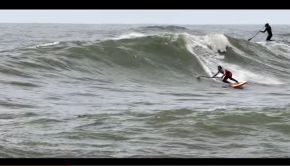 Super sweet photo montage showing the Caballito de Totora differents use, and how they are made. Caballitos de totora are reed […