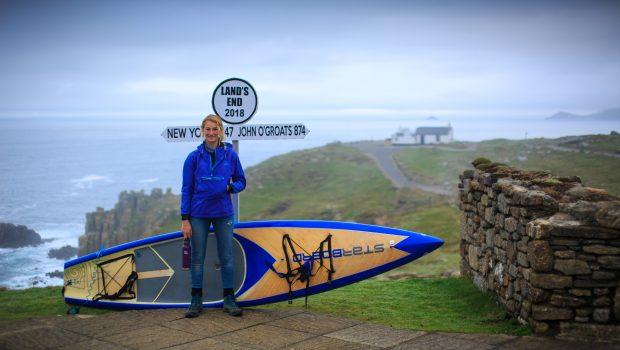 Published on July 3rd, 2018 | by Supworldmagazine

Devon woman to set two new World Records as first and fastest person to Stand Up Paddleboard (SUP) from Land’s End to John O’Groats, (the traversal of the whole length of the island of Great Britain between two extremities; in the southwest and northeast) raising awareness of plastic pollution and collecting plastic as she goes.

Cal Major, a veterinary surgeon and adventurer from Devon, arrived at John O’Groats on Monday July 2nd 2018, having stand up paddleboarded there from Land’s End on a World First expedition that has taken just under two months and 1000 miles. Cal would regularly spend up to 12 hours a day on the board, paddling on average 20-30 miles per day, and did not have a support boat. Her longest day was 18 hours and 65 miles.

The route has taken her up the Cornish coast through big swells and dangerous tidal races, up the Bristol channel across shipping lanes and through water raging under the Severn Bridge, and onto the canals up to Blackpool. Cal then continued North and paddled around the Mull of Galloway, a renowned danger spot where 9 tides meet, in the middle of the night as this was the only weather window available. She then crossed the 20 miles of open ocean to the Isle of Arran in gale force winds and overhead swell.

The key is not to be overwhelmed by the problem, but to look at the positive things that we CAN do to make a difference, such as switching to a refillable bottle or coffee cup.

She has battled navigating in fog, calculating tides, changeable winds and wild camping amongst cows. Cal’s passion is in ocean conservation, and the expedition has served as a platform from which to highlight plastic pollution the length of the UK. From her SUP, Cal has experienced plastic piled high on beaches, that are otherwise inaccessible, the length of the country, plastic floating in the oceans and littering the canals. The worst affected inland area was Wigan, where Cal found 691 plastic bottles in just one hour of paddling. 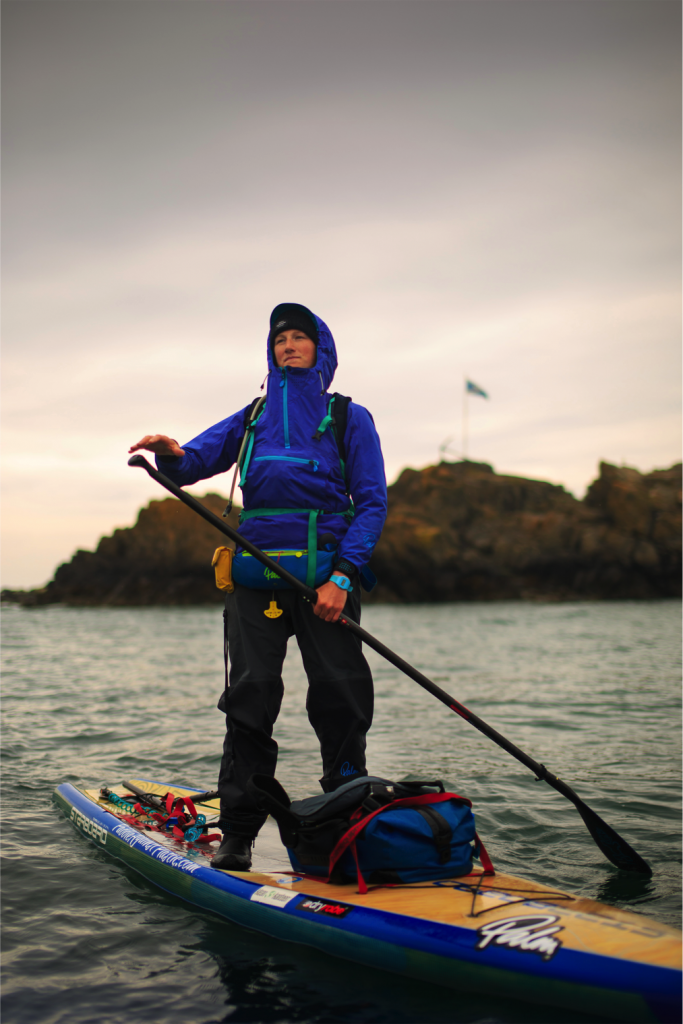 On beaches in Scotland she found thousands of cotton bud sticks that had been flushed down the toilet. The biggest culprit the length of the country has been plastic bottles; Cal has asked her followers to pledge to choose a refillable water bottle instead of plastic ones as a result. Rather than focus on the doom and gloom of the plastic pollution crisis, Cal wants to focus on the simple and positive steps we can all be proud to take to help tackle plastic pollution, and has been overwhelmed by the number of community groups, schools and individuals she has met along the way doing what they can to make their difference. She has spoken to school children, conducted beach cleans and advised business owners along the way.

Time in nature also has proven physical and mental benefits, and our society has never been more in need of somewhere for people to find peace.

As a Surfers Against Sewage Plastic Free Coastlines ambassador in her own community, Cal has seen the incredible difference that coming together as a community can make to tackling plastic pollution at source, and wishes to encourage people to do so in their community. People are really starting to look at what role they can play in being part of the solution. “The key is not to be overwhelmed by the problem, but to look at the positive things that we CAN do to make a difference, such as switching to a refillable bottle or coffee cup. Start noticing the plastic we are using in daily life, and that which is littering out natural spaces and add your voice to the growing number of people demanding change from the companies – consumer pressure is working and it’s important to keep that momentum going.” 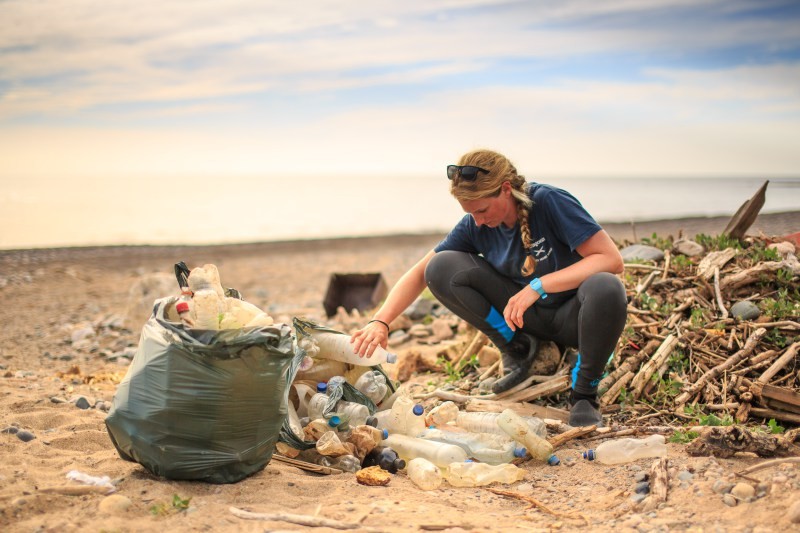 Cal encourages people to spend more time in nature, believing that connection to that environment can form an important part of wanting to protect it. Time in nature also has proven physical and mental benefits, and our society has never been more in need of somewhere for people to find peace. Cal lost her best friend to depression last year, and as a result is raising money for The Samaritans and VetLife, both charities providing somewhere to turn for those in their darkest times.

Cal has been overwhelmed by the kindness of strangers along the way who have given her accommodation, food, cheered her on, supported her message and fundraising and offered kind words during the hardest days.

Cal’s journey has been a rainbow of ups and downs; fear and panic, joy and elation, pain, suffering and marvelling at the beauty the length of the country that we are so lucky to live in. It has been very kindly supported by Klean Kanteen, Palm Equipment, Green Tourism, Dryrobe and Starboard SUP – all companies with a strong environmental message and dedication to the environment. 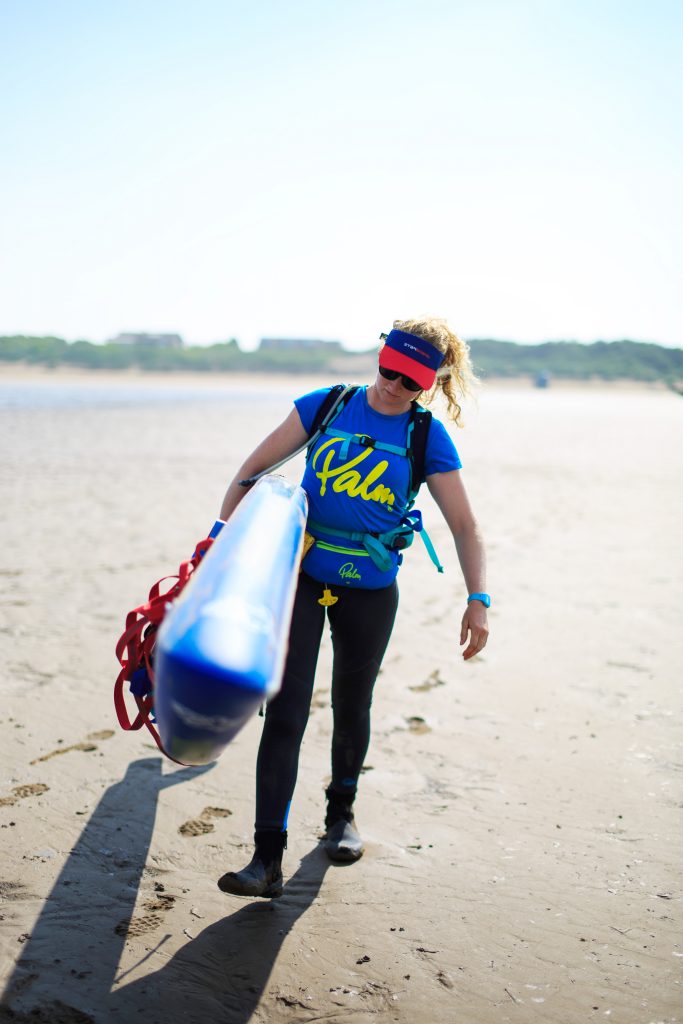 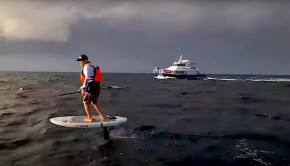 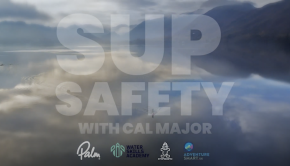 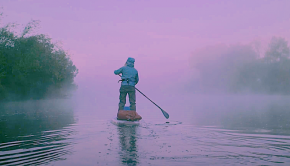