Published on February 5th, 2015 | by Supworldmagazine

Airboard at the occasion of the 2015 ISPO « Sup Village », managed by the organizers of PADDLEexpo (world’s biggest paddlesports show) is introducing for the first time their newest inflatable speed machine: the Rocket 14′.

The completely new shape is an eye-catcher. The dolphin-like nose of the Airboard® Speed Concept works like a displacement hull where at the nose reduces the water resistance. An other innovation is the use of new textures on the top and bottom layer. With the application of different structures, the resulting swirls improves the gliding performance – like a shark skin suit. The upper layer is completely covered with an anti-skid surface which allows a huge action area. 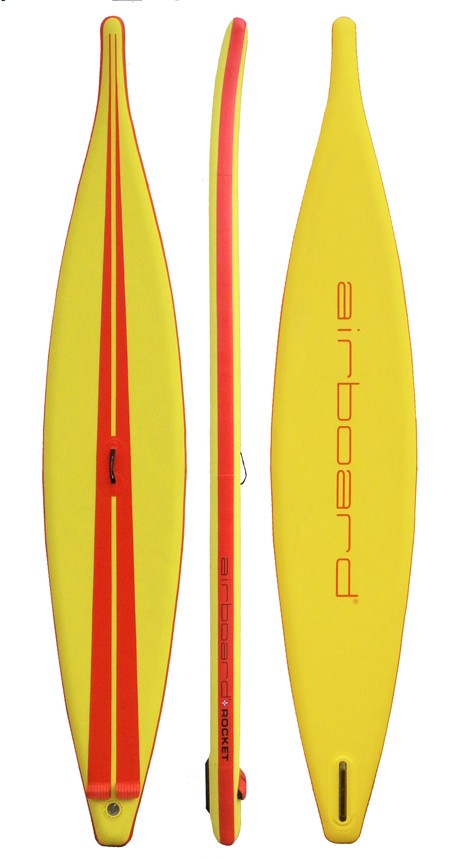 The Airboard® Rocket comes with a length of 14′ (425cm) and width of 29 » perfect to be at the forefront at  SUP-Races in the FUN-Category, as well as fitness addict and distance paddlers alike. 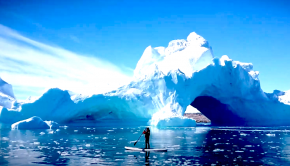 How to: Roll Up Your Inflatable Board → 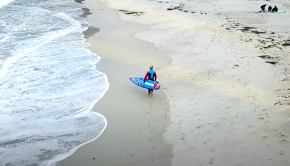 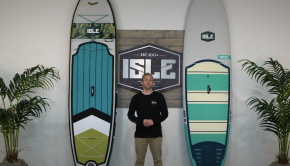 What to Choose? Inflatable or hardboards? →