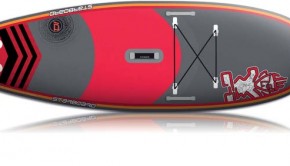 La baraka, in arabic: blessing. Under the sea of clouds, oh happiness ! For our annual family trip we went […